A busy and successful weekend for the Team and Canadian driver, Fareed Ali, who took part in the Britcar Endurance race on Silverstone’s International circuit, followed by the final 750MC Club Endurance race of the season, held at Snetterton.

Fareed isn’t one to go into a race unprepared – here he takes up the story, “The race weekend of October 6 was my first chance this season for to make it over to England from Canada. To make up for lost (seat) time, I decided to do an Endurance race double header for the weekend as sole driver. The plan was to do test days on Thursday and Friday, followed by the Britcar Endurance race on Saturday, and the 750 Motorclub Club Enduro race on Sunday. The busy weekend would see me complete over 700 miles of testing and racing.”

“Thursday test day at Snetterton was my first chance to get in-car coaching from well-known Aston Martin factory instructor Steve Tomkins. As we all know, learning and teaching styles are very individualized and not every coach-student combo works well. I am pleased to say that Steve was one of the best – if not the best – driver coach I have ever had. I was quickly up to speed on a circuit I had only driven on once 3 years ago. My lap times fell every session, and my overall confidence greatly improved. I will certainly avail myself of Steve’s instructing talents again very soon.”

“The Britcar Endurance race on Saturday on the International circuit was notable for adverse weather conditions that tested the skills, patience, and determination of drivers, officials, and organisers alike. I think many are already aware of the issues surrounding the recent resurfacing of the Silverstone circuit. Suffice it to say that the amount of rain created treacherous and challenging race conditions. The practice session was an exercise in survival, and unfortunately not all cars escaped the session undamaged. The disappointing, but completely understandable, decision was made by the officials to run qualifying behind the pace car, and shorten the 2 hour endurance race to 50 minutes.”

“This was my first time racing the Porsche Cayman GT4 in the rain. It was therefore a great challenge to control the car in the rain and set good lap times, while at the same time dealing with the multiclass traffic that defines the Britcar series. Let’s just say it was a true character building experience and valuable learning. In the second race, I managed to get a podium by finishing second in my class in the now drying track conditions.”

“After the Britcar podium celebrations the team quickly packed the truck and headed East to continue the action the following day. The Sunday 750 Motorclub Club Enduro Race at the Snetterton 300 circuit took place in completely different conditions: partly sunny, balmy and no rain in sight. I would be competing in by far the largest field of cars I had ever experienced: 50 in total, including a number of Porsche 911’s and BMW M-class cars that were more than a match for the Cayman. A mediocre performance in an incredibly busy qualifying session resulted in a P27 start grid slot. After surviving the first few chaotic laps of the 2 hour race, I settled into a nice rhythm, and began putting together some consistent laptimes despite the constant on-track battles with cars both slower and faster than me. It was an extremely enjoyable race, as the constant traffic allowed me to improve my racecraft skills. The multiclass racing also gave me an opportunity to work on my racecraft battling with the cars in front of me for a few laps, realizing on which parts of the circuit I had an advantage over them, and setting up passes several turns in advance. It was probably the most enjoyable race of my brief career. Finishing P19, in a grid of 50 starters meant I finished ahead of 31 cars, which is by far a record for me.”

“Immeasurable thanks go to the Newbridge Motorsports team consisting of Marcus, Viktor, and Olly and led by Richard Tovey. They kept the car in optimum condition, and continued to refine the setup over the 4 days that saw us use several different tyre types in the varying track conditions.  The team was particularly impressive in the 750 Motorclub race where, due to the crowded paddock and large field of cars, they had no access to the main truck or to most of their equipment trackside and had to maintain the car with minimal tools in a cramped garage. Thanks again to Newbridge Motorsport for providing fantastic support and race services, and thankyou to Steve Tomkins for Thursdays driver coaching, and to Chris Valentine who took some great photos of me on track, even during the Silverstone rain storm.” 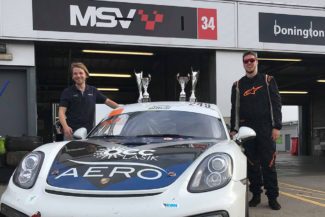 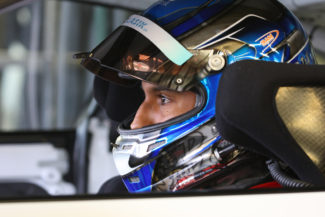 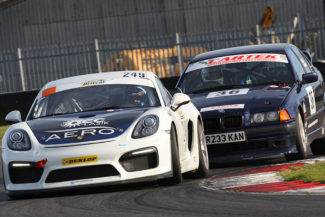 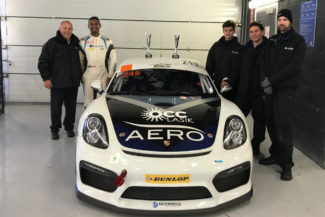 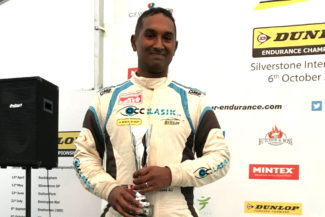 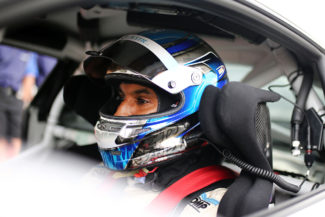